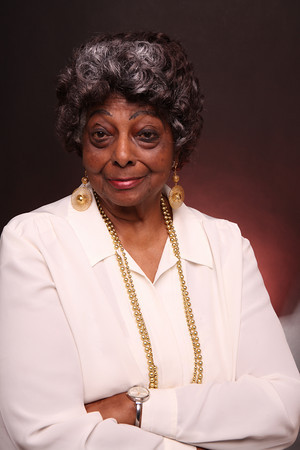 The Maceo H Jones Foundation, Inc. is an innovative 501(c)(3) nonprofit organization founded based on the dedicated work of Mrs. Maceo H. Jones whose vision was to give back and help the community of the DC Metropolitan area. It was then that she began hosting a Thanksgiving Dinner in November 1980.  All were welcome to come; the homeless, senior citizens, veterans and those that are impoverished. This is now an annual Thanksgiving Dinner for over 37 years. In June 2011, Mrs. Maceo H. Jones decided to host a Father Day Dinner for Veterans of all Wars.

Maceo H Jones, the United Black Fund “People Champion” of 2011, was born on April 8th, 1926 in Washington, DC to the late Richard and Pearl Basil. She attended DC Public Schools.  After school, she worked in the DC area, and at the age of 26, she married the late Charles M. Jones. Mrs. Jones became an instant mom of one son, and six more children were born of the union: four daughters and three sons. Mrs. Jones has 16 grandchildren, 21 great-grandchildren, and one great-great-grandchild. She is a Christian and a member of Eastern Community Church, where she attends with her eldest daughter, Mary E. Jones.

We endeavor to help improve the quality of life throughout the community to those in need. We serve the community: the homeless, senior citizens, veterans and those that are impoverished by providing food, clothing and social services. We also aim to further this vision by adding a food kitchen to provide daily meals for all in need. Our social services include; providing disadvantaged individuals in the community with referrals to various social service organizations in our area, maintain playgrounds and athletic fields, act as advocates for children, and offer programs to help youth mature into adults who contribute to society.

In the future, we plan to have programs on job readiness, job training, temporary emergency shelter for the homeless, help people prepare for and recover from disasters and to help prevent and reduce chronic homelessness. 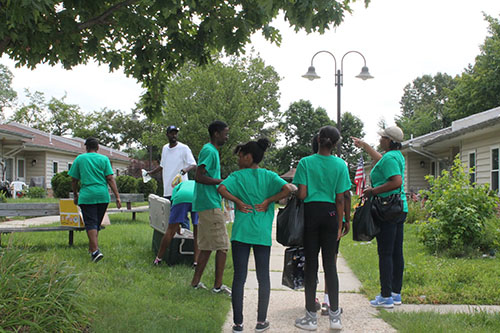